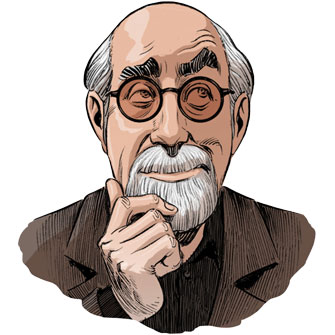 DeMatteis has written a variety of memorable projects, from the epic drama of "Kraven's Last Hunt" (described by The Hollywood Reporter as "perhaps the greatest Spider-Man standalone story of all time") to the comedy-adventure of DC's Justice League (which won he and his collaborators, Keith Giffen and Kevin Maguire, comics' highest honor, the Eisner Award). His greatest acclaim has come for sophisticated original graphic novels—like the autobiographical Brooklyn Dreams and the groundbreaking Moonshadow—as well as the children's fantasy novels Abadazad and Imaginalis.

DeMatteis has also written extensively for television, including episodes of the 80's Twilight Zone, The Adventures of Superboy, Justice League Unlimited, Batman: the Brave and the Bold, and ThunderCats, as well as a number of animated movies, including Batman vs. Robin, Constantine: City of Demons, Superman: Red Son, and the first animated adventure of Neil Gaiman's classic Sandman character, Death.

Recent projects include DC's Justice League Infinity, Marvel's Ben Reilly: Spider-Man, and the novella The Excavator. Upcoming projects include Marvel's Spider-Man: The Lost Hunt, four comic book originals with Spellbound Comics (Godsend, Anyman, Wisdom, and Layla in the Lands of After), and a new novella, The Witness. 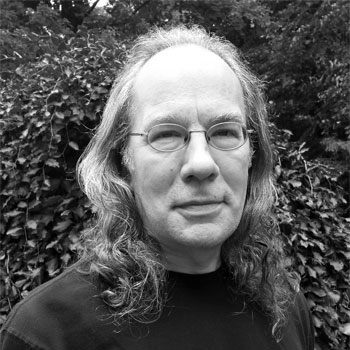 For over 40 years, Tom Mandrake has been illustrating comic books and graphic novels, including Batman, The Martian Manhunter, Firestorm, Shazam, and his acclaimed five-year run on The Spectre for DC Comics; The New Mutants, The Punisher, Weapon X, Wolverine, and The Hulk Unchained for Marvel Comics; Grimjack for First Comics; The X-Files for IDW; Sidekick for Joe's Comics; Captain Kronos: Vampire Hunter for Titan Comics; and many more.

His creator owned projects include To Hell You Ride with Lance Henriksen and Joe Maddrey through Dark Horse Comics, Creeps with Dan Mishkin through Image Comics, Kros: Hallowed Ground with John Ostrander, and Screaming Mandrake: The Nailman and Other Strange Tales, written and illustrated by Tom.

As an instructor at The Joe Kubert School of Cartoon and Graphic Art, Tom teaches Narrative Art and Storytelling. He is also the co-developer of the Kubert Schools HORROR COMICS correspondence course. 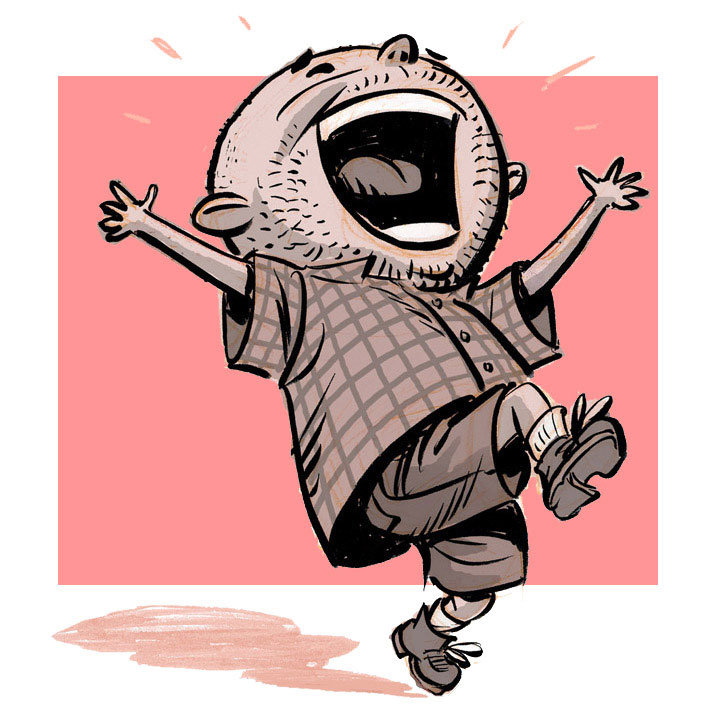 Shawn McManus is an American artist who has worked for every major publisher over the past three decades. He’s probably best known for his work on Neil Gaiman’s original Sandman series and Alan Moore’s scripted Swamp Thing. When he’s not watching episodes of Curb your enthusiasm or Mr. Inbetween or admiring the magic of Frank Godwin’s line work, he can be found chained to his drawing board trying to meet a deadline. 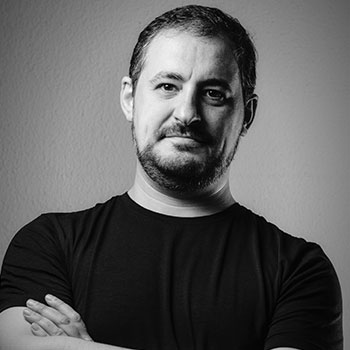 David Baldeón started drawing professionally in 1999 with the Fanhunter: USA one shot, published in Spain by Planeta DeAgostini, and Fanhunter: Barnacity by Gaslight (2000). In the animation field he has worked as a storyboarder, layout, key layout and key BG artist, and also as director and coordinator of several storyboard and concept design teams.

Although he has occasionally returned to storyboarding (Nacho Vigalondo's 2007 Timecrimes), most of his body of work is in US comic books. For DC Comics, he pencilled several issues of the Blue Beetle and Robin series (2007- 2008). He has worked steadily for Marvel Comics since 2009, in books like Nomad: Girl Without a World, X-Men Legacy, Nova, Web Warriors, Tsum Tsum and Domino. He also pencilled IDW's D&D Forgotten Realms: Cutter, Angry Birds comics, and Skylanders comics.

His latest works include Marvel's X-Factor and the miniseries Ben Reilly: Spider-Man, as well as Anyman from Spellbound Comics. 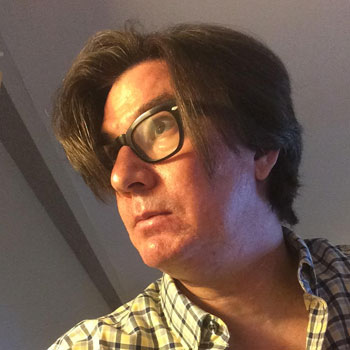 Matthew Dow Smith is a writer and comic book artist whose work has appeared in Mike Mignola's Hellboy, DC's Starman, IDW's The X-Files, as well as Jupiter's Legacy: Requiem, Black Manta, and many others. He was the writer of the X-Files: Origins comic book series, the third volume of the Dark Crystals: Creation Myths graphic novel series, and several Doctor Who short stories for IDW, the BBC, and BBC America. He is also the creator of the digital comics Johnny Chaos and Arch Nemesis, and the co-creator of Last Sons of America and Bad Luck Chuck.

Matthew lives on the East Coast of the U.S. where he is currently writing and drawing the digital comic book series Amelia Shadows: Daughter of Darkness, among other projects. 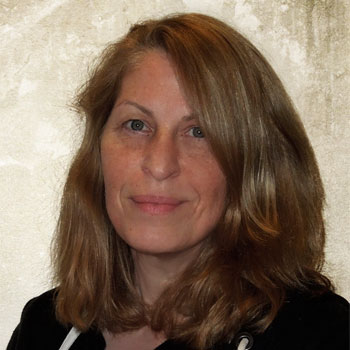 Jan Duursema is a penciller, inker, colorist, and letterer who’s first published comics work appeared in SGT. Rock and Heavy Metal (1979). She began working for DC Comics in 1980 and co-created Arion, Lord of Atlantis, which first appeared as a backup story in Warlord. This was followed by work on Advanced Dungeons and Dragons, Hawkworld and Hawkman, as well as a story in Wonder Woman #300.

Her first work for Marvel Comics, as well as her first work on the Star Wars franchise, appeared in Star Wars #92. Also at Marvel, Jan drew X-Factor, The Hulk, Knight of Terra, several X-Men books and others.

She also drew Elric:The Vanishing Tower for First Comics, Summit for Lion Forge, and two stories for John Carpenter’s Tales for a HalloweeNight for Storm King.

Currently, Jan is working on Hexer Dusk, which she co-created with John Ostrander, as well as a soon to be announced graphic novel and covers for Marvel. 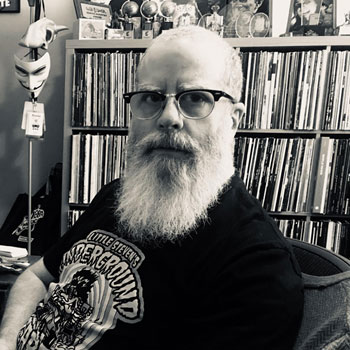 Over the course of his illustrious decades-long career in comics, J.H. Williams III has drawn and/or written for such notable titles as Batman, Batwoman, Chase, Desolation Jones, Promethea, The Sandman Overture, Where We Live, and his groundbreaking creator-owned title Echolands, among many others.

Along the way, J.H. has garnered multiple awards, including Eagles, Eisners, GLAAD, Harveys, Inkwell, National Cartoonist Society, and a coveted Nebula. He also happily gained an honor award from the Grey School of Wizardry.

In addition to comics, J.H. has also done album package artwork for iconic rock bands such as Blondie and The Sword.

He lives in a land of desert mountains and valleys of sand with his ever cherished wife and adorable cats. 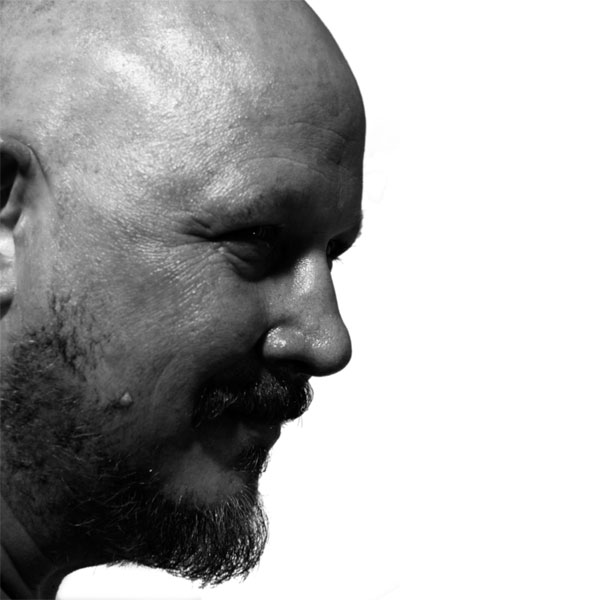 Other credit highlights include the original graphic novel Superman: Where is Thy Sting? with J.M. DeMatteis, The Possessed with Geoff Johns, Testament with Douglas Rushkoff, and Gears of War with Joshua Ortega, which was the best-selling comic of 2008.

More recently, Liam also had an acclaimed run on Green Lantern, written by Grant Morrison, and both wrote and drew his own creator-owned title for Image, the cosmic epic Starhenge.

And now, Liam is lending his talents to Spellbound Comics as the cover artist for the DeMultiverse Collection trade paperback. 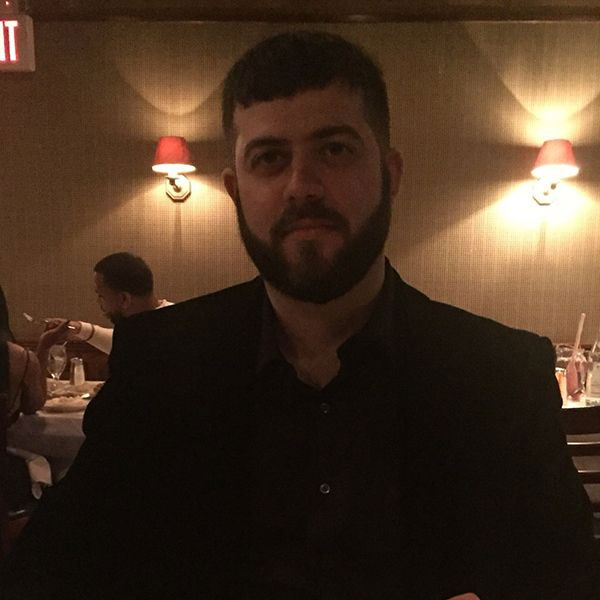 Taylor Esposito is a comic book lettering professional, owner of Ghost Glyph Studios and teacher at the legendary Kubert School.

A former staff letterer at DC Comics and production artist at Marvel, he has lettered titles such as Red Hood and The Outlaws, Constantine, and Bunny Mask.

Other publishers he has worked with include Line Webtoon, Vault Comics, Image, Aftershock, Dark Horse, Dynamite, BOOM! Studios, and IDW. 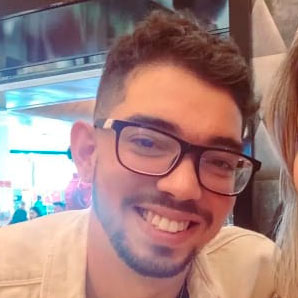 Arthur Hesli is a colorist whose work has appeared in several stories for Heavy Metal magazine; Project Super Powers for Dynamite; Layla in the Lands of After and Anyman for Spellbound Comics; Legend, Betty Wicked, and The 7th Sister for Top Secret Press; El Último Detective and El Gran Guarén for Acción Comics; and Pellucidar Across Savage Seas, Beyond The Farthest Star, and Zorro for American Mythology; as well in several independent comics. Arthur lives in Brazil with his wife and her, now his, two dogs.